" Galveston, oh Galveston
I still hear your sea winds blowin'
I still see her dark eyes glowin'
She was 21, when I left Galveston " 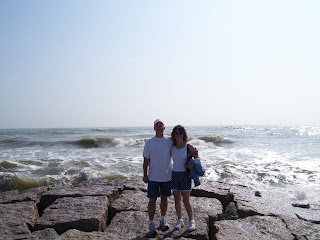 Teresa and I have been singing that song at the top of our lungs for two days straight now.  The funny thing is we don't really know all the lyrics, so we kind of just keep repeating the first few lines ... LOL. 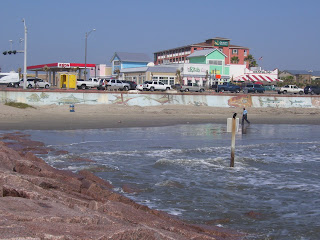 We didn't know anything about this city before we arrived here.  We didn't even realize it was on an island.  But, one thing we do know, if you are traveling in the area, a stop here is a must ! 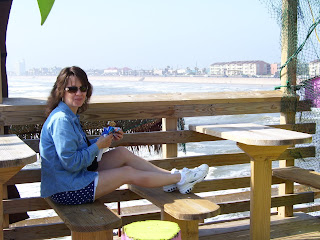 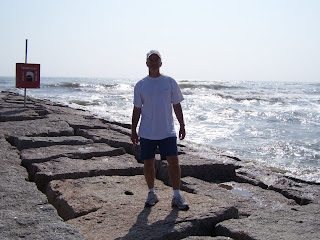 We had such an enjoyable day, we didn't want it to end.  As we were approaching the island, our windows were getting dirty, almost like fog.  The second we got out of our rig, you could almost taste the salty air.  It is so tropical feeling.  I guess it is that salty air that gets all over your vehicles and windows. 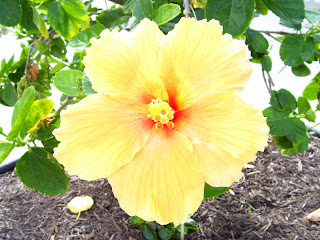 We had such great weather, and being a Sunday, there were a lot of families having fun.  A lot of people from Houston come here, especially in the summer, since it is less that an hour away.

We spent the day walking on the Seawall, walking barefoot in the ocean, and Teresa even did some shopping. 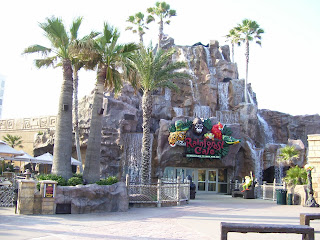 Another thing we wanted to do was tour the Silk Stocking District near the downtown.  This self guided tour, takes you passed almost 70 homes that were built by the wealthy in the late 1800's and early 1900's. 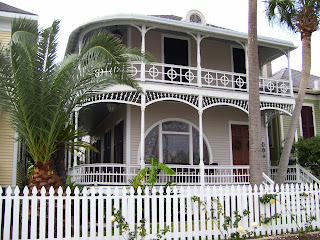 These houses have been restored to their original glory, and some are even on the National Historic list. 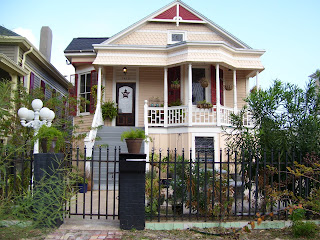 Some of these houses were wedding gifts to children, and some were summer homes for wealthy doctors and lawyers from Houston and surrounding areas. 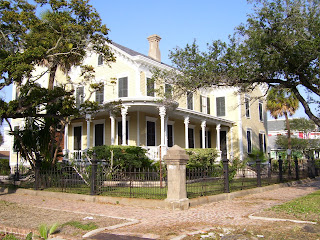 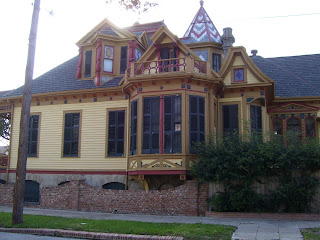 I am so glad that we did not see the devastation from Hurricane Ike in Sept of 2008.  It would bring tears to our eyes, to see the beauty of this area, wiped out in a matter of hours.

There are signs everywhere, however, of the storm, and the rebuilding process. This landmark, complete with new palm trees being planted, are a testament to the resilience of these people. 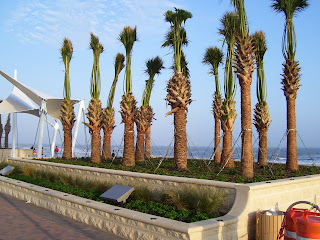 One thing for sure, this resort will forever be etched into our hearts.
Posted by Trent and Teresa at 7:50 PM